This morning I read about being friends with your parent/s on Facebook. http://lemonysnippet.com/2012/01/05/parents-on-facebook-friend-or-dont-friend/

That was a mixed bag for me, I have my Step-Mum as my friend on facey, she rarely comes on (that’s visible… I think dad may stalk more than he lets on!!) I have my Mum-In-Law, which we converse regularly through, and I make my daughter be friends with me… although I’m unsure about having my mum there!!

First of all I would have to set up the account for her then teach her how to use it, and then there is the whole issue of: somethings don’t need to be told to mum!! Although if you follow lemonysnippet’s chart I should friend mum, as there is not much I don’t already tell her. Maybe that’s why I like her not being on Facebook… so I have something to tell her!

It also bugs me when people put hourly status updates of what they are doing:

2pm: forget the nap, too hot, going for a swim

I mean really? are they that disconnected from real people? or are they needing outside approval of their lives? 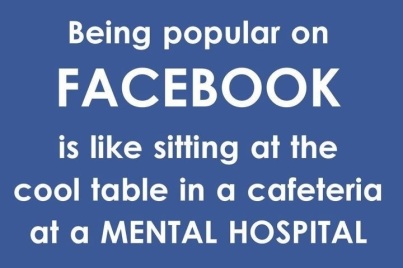 ah well, I might just go and hang out my washing now, before I get to ranty! (I’ll post agin and let you know how it goes!)

1. the friendly reception and treatment of guests or strangers.
2. the quality or disposition of receiving and treating guests and strangers in a warm, friendly, generous way.

What I am left wondering is why hospitality is now more commonly thought of as an industry to work in, and nobody has heard of the word mannerliness?  What has happened to the world today?
The reason I am pondering this is about a week ago it was 33 degrees (Celsius) here and I went out of the house and noticed 2 men doing the gardens around the community I live in.
“So what” you may think.
Well when I returned around 6 hours later these 2 men were now drenched in sweat and working outside my front door.
EWW I couldn’t think of a worse thing to be doing on a hot day.  Thinking to myself as I was drinking a nice cold glass of water from my fridge, ‘those poor buggers out there, wonder if they have a drink?’
So of course with no more hesitation I went and offered them one, man they were thirsty, I’m not sure if the glass even got wet!!
They said thanks, I said sweet as (‘sweet as’ is a kiwi thing… ill explain one day!) and I thought that would be the end of the story. (you’d hope it spices up hey, or its gonna be boring!!)
I came inside and my man asked who I was talking to. “oh just Norman doing the garden, I got them a cold drink”
Man starts mocking me saying ‘well arent you a nice person, you should get a medal….’
I didn’t think that getting somebody a drink was such a big deal… he was just teasing me because he reckons im too nice to people and get taken advantage of all the time, which is mostly true but however.
Then a few days later I get this message left:

” Hi Renee, its Mandy (huh, Normans wife? how did she get my number?)

I just wanted to thank you sooo much for giving him a drink the other day, out of all the people he seen coming and going in their houses you were the only one who stopped and offered them a drink, so thank you so much, you are a real sweetie.”

Queue surprised and puzzled look on my face, im thinking, why is this such a big deal…

It’s fundamentally because nobody seems to have manners these days… and as for hospitality, well that’s the cafe/bar we worked in as teenagers isn’t it? People go on about this next generation having no manners, you know what it’s actually ours, (mine) our kids are only modelling our behaviour, in the hustle, bustle and dramas of our own lives we forget that simple courtesy gets you a long way in this life… I’m grateful that Mandy took the time out to thank me but im shocked that a glass of cold water is such a rare occurrence these days that it requires so much appreciation.

Interesting footnote…. Just spell checked my post before i published it, and it didn’t have  suggestion as to what was wrong with mannerliness!! Point proven!